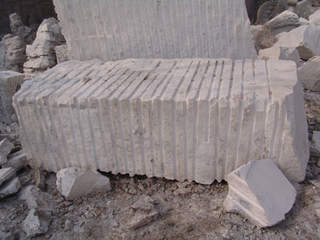 “Our youth now love luxury. They have bad manners, contempt for authority; they show disrespect for their elders, and love chatter in places of exercise. They no longer rise when elders enter the room. They contradict their parents, chatter before company, gobble up their food, and tyrannize their teachers.” Socrates circa 400 B.C.

Whenever the daily stresses of teaching became too much to bear; whenever the tardiness, sloth or superficiality of my students drove me to distraction; whenever overwhelmed by the certainty that this is undoubtedly the generation that will deliver us to hell in a hand-basket; whenever contemplating the prospect of one day being the recipient of urgent care from one of my students; this quote served to remind that over a hundred generations of adults have shared identical feelings. This sense of historical perspective has been comforting.

Cultural awareness of challenges in the classroom are clouded by memory, but occasionally illuminated in cinema. Blackboard Jungle and To Sir with Love detailed with some grit the efforts to introduce civilization into the chaos of inner city schools.

Enter the inner sanctum of the teacher’s lounge in most any school today and hear the time-honored tales of the further exploits of the Ilmar Dammit’s of the world, those ill-begotten minions of teacher purgatory possessing no other purpose than to usurp our authority, try our patience, sabotage our instructional program and test the limits of our credulity with their idiocy. Twenty-nine of thirty students may have relished the task before them and acquitted themselves favorably, but the bile generated by that thirtieth student will be the topic of conversation over coffee and corrections, for coping with the antics of that student consumed far too much of the instructional time.

Some years ago one of my French 2 classes was graced with such a student. He arrived late, never brought his materials, belched loudly, passed gas, grinned, giggled, clutched his genitalia, made inappropriate comments to the young ladies, muttered epithets, researched and uttered vulgar expressions in the target language, wandered the classroom, declined all work, ignored most directives and occasionally napped. Please, forgive me for failing to wake him on the days he chose to take a siesta!

Vast amounts of time were spent each day to get him seated and quiet so other students could attend to instruction. He required constant supervision or he pulled others off-task. He was oblivious to his grades. Calls home and disciplinary referrals to the administration had no effect. In short, this one student rendered thirty lives unbearable for one hour each day.

Whenever forming groups for Cooperative Learning activities, the other members of his team would be sure to stay for a minute, or two, after class to complain about the vast injustice of his inclusion in their group.

One day after a particularly egregious episode, security was called and he was escorted from class. A student, who a couple of years later would successfully complete the Advanced Placement exam, asked, “Mister Haines, why do we have to put up with this?” I could not offer a cogent reply.

“Ilmar” was back in class the next day.

Suffice it to say that this experience does not constitute just one aberration in an otherwise tranquil teaching career; he does represent my “Kobayashi Maru” exercise, the no-win scenario, of Star Trek fame. Every year presented some new trial or tribulation. With mind-numbing, spirit-sapping regularity school years would invariably begin with at least one behaviorally challenged student creating obstacles to effective instruction from Day 1.

It is the systemic nature of such challenges that exasperate. Federally mandated guidelines and statutory policies frequently yield deleterious effects on the school environment and, consequently, hinder the education of all children. School administrators lament that the tone of a building might be changed drastically were management able to cull five-percent of students into an alternative education setting. Ninety percent of disciplinary problems are caused by that five percent, and another five percent of students who might otherwise conform to expectations find themselves in disciplinary difficulties for imitating the attention-seeking of misbehaving classmates.

So, how has it come to this?

Question: What do you call a private school student who chronically misbehaves?

Answer: A newcomer to the public schools.

While virtually all students are capable of learning, not all students avail themselves willingly of the opportunity to do so. Free will is a double-edged sword. It must be observed with great regret, but it is a fact. We accept as an axiom that all children must receive formative instruction that both challenges and pushes them to their limits. However, there is an equally important corollary. As John Goodlad pointed out in A Place Called School, “Those who can and want to learn must be protected from those who don’t.”  Or, we must find ways to inspire unmotivated students to greater heights…

One truculent and willfully disobedient student can have intolerable effects on the learning environment. If three or more such students attend one class, teachers may as well scratch “instruction” from their job description and replace it with “behavior management“.  In order to uphold the right of ALL children to learn, it is incumbent on society to make provisions to modify these behaviors whenever possible and to furnish alternative educational scenarios when misbehavior becomes unmanageable. There can be no disposable children in the 21st Century.

If not, we will need to change the sign out front from school to Adolescent Containment Facility.

Those who most vigorously protest education spending seldom bear witness to the wisdom of spending disproportionate amounts of time-and-effort on a segment of the school population that yields the fewest increases in academic performance. It would be shortsighted, however, to overlook this challenge. The question remains: are teachers only here to convey academic content, or to forge more productive and resilient human beings?

In recent years, educators have been seeking to rid schools of ‘zero-tolerance strategies‘ since a direct correlation exists, bordering on irrefutable, between suspensions, dropouts and eventual involvement with the criminal justice system in what has come to be known popularly as the school-to-prison pipeline. Most educators seek to teach children how to thrive in society, not deliver retribution by exclusion from the mainstream.

As for suspensions and other withholding of educational services in retribution for anti-social behavior, even the most committed educator is able to teach nothing at all to an empty chair.

Yes, negative feedback for misbehavior is always simpler and may produce short-term compliance. Positive feedback for acceptable behavior, though, while requiring more time and effort, yields measurable results and fewer instances of recidivism. Yes, it is labor intensive to praise and reward the 28 students arriving on time and ignore the tardy few. Ultimately, however, the tardy student’s desire for acceptance and praise usually wins out in the end…

There are those who will argue that there are insufficient resources to provide alternative settings and alternative protocols for the most troublesome students. However, if we are concerned about maximizing returns for our education dollars, how can we continue to ostracize so many students in dire need of inclusion in the educational process? One way to forge empathy is to model empathy by focusing on building community and relationships through the practices of Restorative Justice.

Most of the evidence is anecdotal at this point; however, its proponents are building a case for its effectiveness. A practitioner for three years in Prince George’s County, Maryland, Robin McNair is quick to state that the techniques she has learned during the training for Restorative Justice have totally transformed the climate in her classroom. “I do not raise my voice anymore, nor do I find it necessary to remove students from class. It has gotten to the point where the students correct each other’s behavior. There are still occasions where more support is needed for some of my trauma students,  but I am better able to provide that social and emotional learning students so desperately need in the 21st Century.” In her role as a certified trainer, Ms. McNair has become deeply involved in preparing an entire cadre of teachers to bring Restorative Justice practices back to their respective schools.

Restorative Justice is a protocol for repairing harm and restoring the school community by holding accountable those who violate the rules and allowing them to acknowledge the harm they have done and make restitution for those actions. It focuses on the needs of both the victim and the perpetrator by not focusing on the deed, but about the motivations for the deed so there can be support to help correct the behavior. The emphasis is on  inclusion rather than exclusion from the social group.  The practices of Restorative Justice seek to increase the emphasis on healing and forgiveness rather than meting out punishment and retribution.

Too frequently in the past, the public debate has applied the mistaken metaphor of removing ‘rotten apples’  as though youthful misbehaviors render children irredeemable. Educators, however, are hoping to install a model that perceives each child as an unformed mass of marble – replete with faults and imperfections  –  that through patience and hard work can be chiseled into a work of art. Using Restorative Justice techniques to model empathy and understanding  must eventually supplant the model of crime & punishment that has dominated the discipline policies of our public schools for far too long…