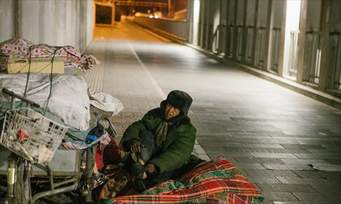 For the working class in this nation, the path toward progress has been a rocky road starting as we did with an investor class that believed labor to be no more than chattel. We must never forget that from this nation’s founding, the relationship between the investor class and labor has been oppressive, at its worst, and antagonistic at its best. Centuries of enslavement and indentured servitude for the working class would lead to a small group of people amassing vast intergenerational wealth beyond the dreams of avarice.

In 1932, half a century before Ronald Reagan would recycle trickle down economics and make them seem once more a plausible alternative the following lines appeared in a column by Will Rogers: “ Mr. Hoover… knew that water trickles down. Put it uphill and let it go and it will reach the driest little spot. But he didn’t know that money trickled up. Give it to the people at the bottom and the people at the top will have it before night, anyhow. But it will at least have passed through the poor fellow’s hands. They saved the big banks, but the little ones went up the flue.”

It is nearly a century later, and the prescience of Will Rogers still amazes as wealth percolates upward at a prodigious rate while the wages of the working class have remained stagnant for three decades. In the most recent financial crisis, taxpayers saved the banks who, in turn, foreclosed on homes, and small investors lost $3 trillion in holdings while hedge fund managers gained $3 trillion for betting against the economy. In 2019, 26 individuals possess as much wealth as the bottom 50% of the world’s population,

Establishing a fair level of compensation for all labor arrived with the enactment of the Minimum Wage in 1933 when Franklin Delano Roosevelt declared, “By living wages, I mean more than a bare subsistence level — I mean the wages of a decent living.” Workers can no longer support a family or prepare for retirement on today’s minimum wage.

Two fortunate outcomes arise from putting a few more dollars in the pocket of workers. First, the working class pays taxes on those new wages thereby furnishing revenues for more public works. Second, workers with disposable income spend it on more products and services spurring on the economy.

We can no longer afford to establish a minimum wage and allow inflation to degrade its buying power for decades until that minimum wage becomes subsistence pay. Clearly, adjusting wages at that point needlessly puts a choke on the economy. Instead, we need to establish a livable wage and tie it to the Consumer Price Index for annual review.

This Commentary originally appeared in the Prince George’s Sentinel on May 26, 2016. It has been slightly reworked, here.