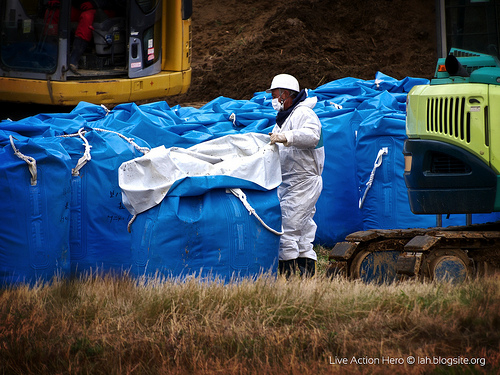 Perhaps erroneously, Albert Einstein is credited with the quote, “Two things are infinite, the universe and human stupidity, and I am not yet completely sure about the universe.” It could be argued that institutionalized “ignorance“, not inherited “stupidity“, ranks as one of our greatest failings as a species. The former can be remediated; the latter is more problematic.

At times, the collective folly of our unintended consequences stretches the limits of credulity. Society must accept the challenge of forging intellects capable of well-reasoned deliberation on topics such as antibiotic resistant disease, planetary deforestation and the loss of bio-diversity. Humankind seems reluctant to dwell on the most salient imperative of our collective hierarchy of needs: survival. We are largely powerless to guarantee our individual survival even to reach our theoretical “expiration date”, but we can contribute to the needs of the species by reducing the risk of extermination for our progeny.

Otherwise, homo sapiens risks earning the distinction of becoming the first species to self-annihilate. It matters little to the dead whether Armageddon is accomplished knowingly or unwittingly. The tragedy is that the human race still devotes so much effort to self-destruction and so little to surviving the threats posed by nature, not the least of which are comet or asteroid impact, eruption of a super volcano, or Earth being the center of the bulls-eye for a coronal mass ejection, all of which spell existential doom for life on this planet.

Currently, industrial agriculture employs pesticides and fungicides that appear to be collapsing most of the bee colonies in North America. The loss of cross-pollination provided at the foundation of the food chain clearly endangers food production for those at the top. Lack of diversity in the agricultural industry risks the food supply and famine if a new pathogen is introduced to non-resistant crops.

Hopelessly addicted to the easy profits generated by burning fossil fuels, petroligarchs furiously deny the the risk of climate change and rising sea levels despite incontrovertible evidence that the polar ice caps are disappearing. The vanishing ice caps are adversely affecting the life cycle of krill one step above phyto-plankton as the foundation of the oceanic food chain.

If our ground water survives the loss of the glaciers, hydraulic fracking releases toxic chemicals into the water table, pours methane into the atmosphere and appears to be destabilizing geological sub-strata. If that is not sufficient risk, the citizens of Flint, Michigan have been exposed to lead leached from water pipes by the toxic chemicals in the water supply. There, children will be subjected to chelation therapy and hope for the best going forward. Flint, Michigan may just be the proverbial “tip-of-the-iceberg”.

Our decades-long flirtation with nuclear fission creates poisonous and deadly by-products that must be permanently entombed for a geological epoch while humans have built little that endures for more than a few generations. The entire Pacific basin is in immediate peril following the abject collapse of so-called “fail-safe” measures at the Fukushima Daichi power plant. Where is this century’s Manhattan Project to surpass the break even point in a fusion reactor and deliver energy to the world from converting hydrogen atoms into a harmless and useful by-product for industry: helium?

Perhaps, then, we could move more effectively to lighter-than-air vehicles and decrease the emissions from jet aircraft which were shown to be contributing to climate change by an experiment conducted in the days following 9/11 when aircraft were grounded for a number of days and the global temperature dropped.

Vast stockpiles of 20 megaton hydrogen bombs still threaten to rain down on our cities what Carl Sagan described as “…an entire World War II every few seconds for the span of a lazy afternoon.” Over the centuries, our species has shown little restraint when it comes to waging war or utilizing horrific weapons.

To halt a descent into apocalyptic chaos in the coming century, we will require competent scientists, engineers, doctors and geneticists following the sage counsel of ethicists, philosophers, clergy and statesmen. The very survival of our species depends on vibrant educational models that nurture a universally well-informed citizenry. As Isaac Asimov pointed out so cogently, “If knowledge can create problems, it is not through ignorance that we solve them.”

[This original version of this commentary appeared in the Prince George’s Gazette on June 05, 2014. This version has been revised and expanded.]

One thought on “Educating Youth as Survival Skill; or, the Needs of the Species”