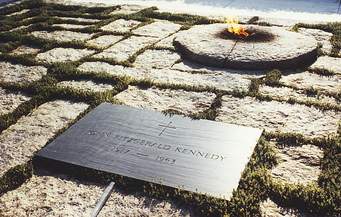 “A child miseducated is a child lost” — JFK.

My fourth-grade teacher, Mrs. Turner, steps out of the classroom for a minute and returns, visibly shaken and distraught, to announce that we will be dismissed to the buses and sent home a little early today because President Kennedy has been killed in Dallas.

The baby boom generation’s first so-called “flashbulb” memory, virtually everyone alive on Nov. 22, 1963, remembers, with almost photographic precision, the moment they heard the news. Indelibly burned into my mind’s eye is the image of my mother, Kleenex in hand, her eyes swollen from an afternoon of weeping in front of the television waiting on every word from Walter Cronkite, then the news anchorman for CBS. Given the vivid nature of the memories, it is difficult to comprehend that half a century separates us from that dark hour of American history.

It is fraught with unintended irony that, this fiftieth year after his loss, the end of American Education Week will coincide with a landmark anniversary of such a deep scar on our national psyche. Is it not worrisome that, in the intervening decades, we have never again focused with such laser-like intensity on achievable national goals such as landing a man on the moon and returning him safely? Is it not disturbing that political agendas now seem most intent on erecting roadblocks and barricades to noble and visionary causes?

My generation, the one called to commit itself to national service and the common good, will forever wonder whether JFK might have inspired this nation to achieve his goal of giving all children “the right to an education to the limit of their ability.”

As we celebrate our educational accomplishments and set our goals for the future, it is abundantly clear that this nation possesses sufficient resources to meet the needs of every child. It is not clear, however, that we will ever muster the political will to render ZIP codes irrelevant to educational opportunity so that we create a world free of the concept of disposable children.

[The original of this Commentary appeared in the now defunct Prince George’s Gazette on November 21, 2013. It has been slightly revised for the purpose of rendering more current.]