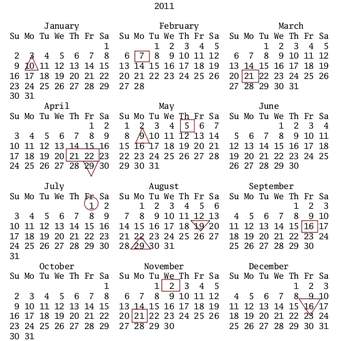 Why is this nation still stuck with the 9.5-month school calendar that has been proven to have a deleterious effect on academic outcomes as a result of the 2.5-month summer hiatus? Why do teachers spend weeks each year re-establishing basic classroom routines and reviewing concepts that have been forgotten over the summer?

First, during the Agrarian Age — pre-dating the Industrial Age of late 19th and 20th fame — farmers really did need children to help tend the crops on the family farm during the summer. Even cursory genealogical research reveals the premium that previous generations placed on large families.  Second, human beings have proven curiously resistant to changing long-practiced, traditional behaviors.

Our current agrarian school calendar was never predicated on the assumption of optimal academic achievement for students. Even the goal of functional literacy for all is a fairly recent phenomenon. At the dawn of the Age of Information, one can only hope that decisions about our school calendar will be grounded firmly on the concept of learning outcomes rather than the economic considerations of private enterprise.

Here in Prince George’s County, the education community has been coping with the rigors of the externally imposed testing regimen, driven by the top-down initiatives of NCLB and RTTT, in part, by opening schools prior to Labor Day. The extra days of instruction have yielded dividends in improved performance on the federally mandated statewide assessments that arrive unmercifully in March.

It was a local strategy that has borne fruit. Some percentage of our increase in test scores can be directly attributed to the extra instructional time before March “Testing” Madness begins. Increasing the time devoted to academic endeavors prior to the administration of the testing regimen has served to keep this school system competitive with more affluent surrounding jurisdictions.

Most educators concluded long ago that standardized assessments are (how can this be phrased kindly?) less-than-ideal measures of student growth. However, as long as so much rides on those results, the education community must be free, locally, to implement any calendar that prevents the loss of resources for the schools and protects the interests of children.

Most young people need to be developing 21st century skills, and that will not occur in the service industry summer jobs. Compelling all schools systems to move opening until after Labor Day is terrible public policy for many reasons, not the least of which is once again reducing the role of children to that of chattel for the labor mills while telling them how much fun they are entitled to have.